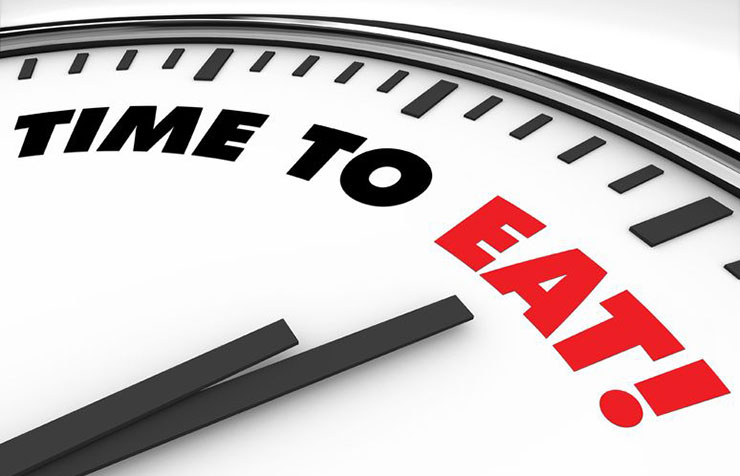 If you’re like most body-conscious people, you probably think you need to eat every 2.5 to 3 hours. That you need to eat small meals to “stoke the metabolic fire.” That if you go too long without protein, your metabolism will crash and your muscles will fall off. Wrong.

You don’t need to eat 6 meals small per day to get the body you want.

This 6-a-day idea (or sometimes 5) has been around for a while, and despite mounting evidence to the contrary, it just won’t quit. Let’s take a look at how this may have started and why it’s mythical.

I first heard about frequent feedings in Body For Life by Bill Phillips. He and others stated that frequent feedings would elevate your metabolism, feed your muscles with protein, and help you torch the fat 24/7. Fortunately for Bill, he also had a supplement company to provide you with “healthy” snacks, and a magazine to reinforce the idea with articles and ads.

People seem to like this idea because—let’s face it—we love to eat. Supplement companies like to sell bars and shakes. And magazines LOVE advertising dollars, so they keep re-printing the idea that you must supplement snacks between meals. It’s a win-win-win.

The problem of bullshit vs. science

Simply put, the whole idea is not supported by science. And while there’s nothing wrong with frequent feeding (sometimes it’s great, see below), it simply isn’t a requirement for a lean and/or muscular body.

Here are the facts:

Won’t I starve and lose all the muscle mass? NO. And I’m not talking about a “juice cleanse,” or some other days-long, cayenne pepper/maple syrup-induced delirium.

Intermittent fasting (IF) is basically confining all your calories to a small window (4-8 hours) late in the day. It ain’t the easiest thing, and the details are beyond the scope of this article. But the point is that a lot of people do it, and they are ripped.

For more info on IF, check out this article at Precision Nutrition, or read The Warrior Diet by Ori Hofmekler.

Why you might want to eat 6 meals per day

Again, there’s nothing wrong with frequent feeding. It can be quite beneficial.

Skinny dudes who are trying to gain mass can really benefit from frequent feeding. If you require a lot of calories to reach your strength and size goals, you may not have the appetite to eat 3 huge meals. 6 smaller ones are easier to take. (Personally, I prefer 5).

People with big appetites can do well with more meals. If you can’t go more than a few hours without eating, it’s better to plan in a snack than to binge because you’re hunger-crazy. Just remember to plan, and keep your macronutrients in balance.

Or maybe you just really like frequent feeding. That’s cool, too. But don’t feel like you MUST eat this way in order to stave off some skinny-fat disaster. Figure out your caloric needs, keep your workout nutrition optimized, and choose the meal frequency that works best for you. 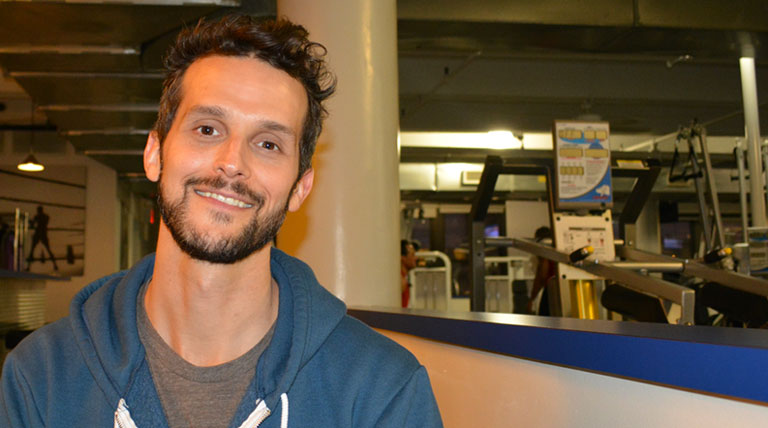 I'm a trainer, nutrition coach and author based in NYC. I've helped clients from around the world build stronger, leaner bodies.

I'm passionate about helping you reach your fitness goals through smart training and nutrition strategies that fit into your busy life.